As soon as AJ Masthay’s “Isle of Dogs” print passed through our platemaking department, we had to know more. Discover as we catch up with AJ of Masthay Studio, and this sneak peek. Find out what is the inspiration for this ultra-detailed piece… and where can you enjoy this piece.

The piece was created for an upcoming Isle of Dogs group exhibition hosted by SpokeArt NYC at the Parasol Project, 213 Bowery, NYC. From their Facebook event page:

“Spoke Art is pleased to present the Isle of Dogs Art Show. This is an officially licensed art exhibition tribute to Wes Anderson’s most recent film. The dynamic group show features over one hundred artists, painters, sculptors and print makers, debuting one weekend only in New York City’s Lower East Side. 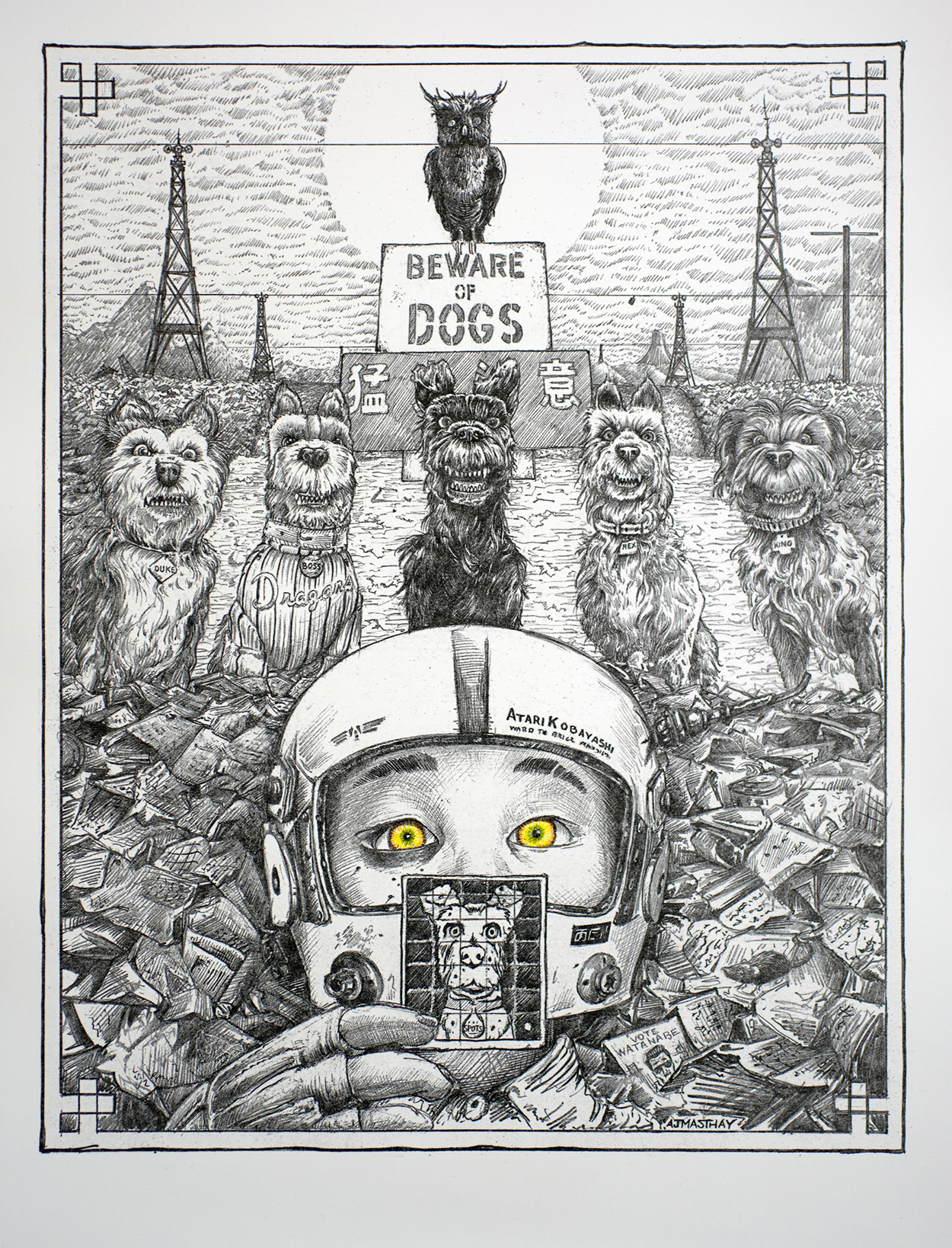 Isle of Dogs, Wes Anderson’s most recent project, is a stop-motion animated film set in a Japanese dystopian future. The story follows a boy’s journey to find his dog after the species is banished to an island following the outbreak of canine flu. Inspired by the adventurous tale that Anderson brought forth, a select group of artists have created character portraits and highly detailed environments and scenes inspired by Isle of Dogs. Featuring a diverse array of painting, sculpture and limited edition prints, each artist offers their own unique perspective and interpretation of the Wes Anderson film. This whimsical and canine filled pop-up exhibition is an absolute must see.”

I personally love the quirky works of Wes Anderson and am a huge dog lover. I have two very spoiled Labrador Retrievers Dexter & Halley. When asked to participate in this exhibition I immediately said YES!

My piece features the main characters from the film, both human and canine. As well as, the scene in which they debate whether to attack. Spoiler alert – they realize he has come searching for his own dog “Spots” and decide to help him in his quest. 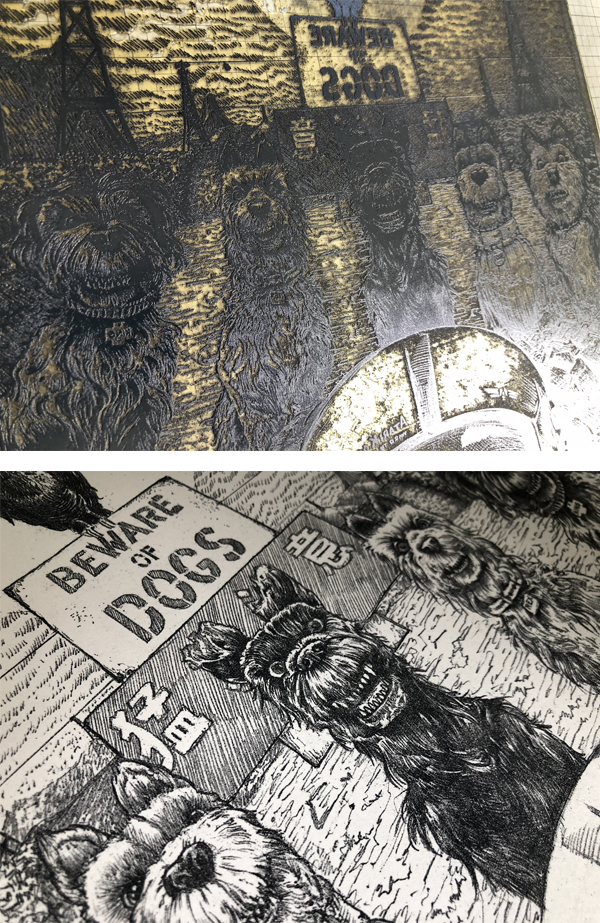 The print is a reproduction of a detailed graphite drawing utilizing a Boxcar Press’ photopolymer plate with a 133 LPI halftone screen applied. We’ve found that once dialed in on our Vandercook Universal III, these halftone plates reproduce tonal drawings beautifully. They come very close to the detail typically found in lithographs.

To mimic the graphite work we do the following steps. First, we mix a fairly stiff, dark gray ink with a touch of brown to warm it up a bit. Next, we use a paper that is soft and supple, such as Arches 88. Finally, we finish the piece with a hint of hand-applied color in the pilot’s eyes. As a result, this slight variation adds a personal touch of individuality. The hand coloring piece complements the printing perfectly. 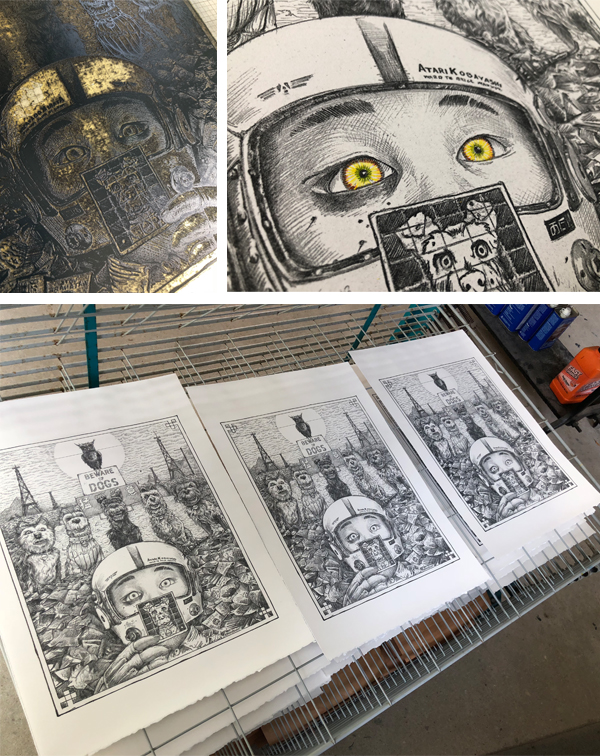 The Final Edition size is 100 signed, numbered and titled, 15”x20” on Arches 88. Prints are available to purchase at the event. Remaining prints will be made available online following the event, through SpokeArt.