Receiving awesome letterpress samples from our platemaking customers never stops being fun for us. These come from Officiana Briani in Raleigh, North Carolina where Brian Allen brings over 30 years of work in the field of typography to his love for letterpress. Brian tells us that his primary press is a Swiss-made Gietz, approximately 12×18 inches, unknown model, unknown date of manufacture, likely from the late 1950s or early 1960s – a sweet press, with adjustable roller height, considered one of the best hand-fed platen press ever made. He uses a Boxcar Base and KF152 photopolymer plates, except for those occasions where he turns to handset and wood type. 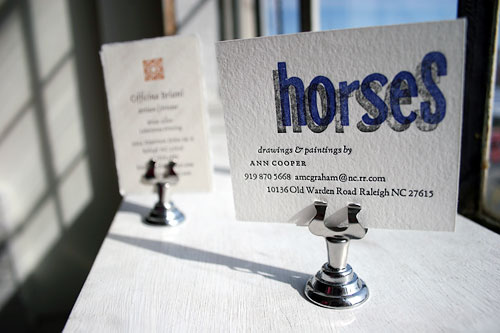 In addition to past work as a typesetter, calligrapher, digital typeface production worker and letterpress printer, Brian loves to teach the letterpress craft. “Teaching letterpress is a very important part of my mission, sharing my love of letterforms, etc. Most students are young women, but all are people seeking balance and to regain a sense of touch in their lives. Fewer than half of the students have thoughts of printing themselves, the rest just want to see what it’s all about and get their hands inky! I share my 30 years of knowledge of type and letterforms, let students look through my large library and soak in the camaraderie with other students who have felt alone in their passion for handcraft but have found a home at my studio. I love to emphasize finding the extraordinary (lovely letterforms) in the ordinary (a lowly trade). Words and their expression still matter in my world.” 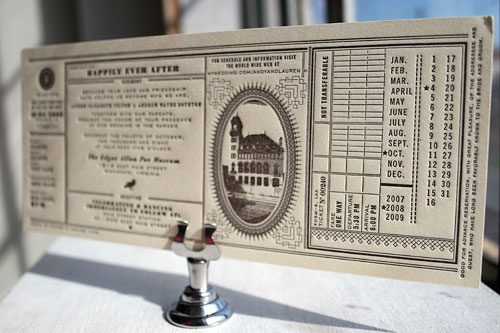 Brian also has a really cool Albion handpress that he eventually plans to use to print posters, but currently uses for demonstrations when visitors come by the studio so they can print their own copy of a keepsake to remember their visit to Officiana Briani. Brian says, “It entrances and seduces people into the magic of communicating with letterpress! The press is an Improved Albion 18×24 from the 1850s, made in London. It’s a crude/elemental machine, but symbolizes much – the arguments over who we were to be as a country were printed on a wooden handpress, one lever pull at a time, just as our single vote makes a difference in the aggregate. The most refined thoughts of the Enlightenment were given physical form with a handpress, and I use mine to emphasize to young people that an individual’s thoughts and actions matter, can be given form. Truly the power of the press!” 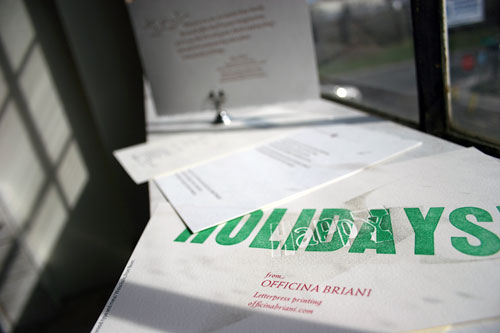 Brian’s career has been a true evolution that has led him through three decades of work with typography and even led to his personal handwriting being developed into the Microsoft font Segoe Script, for which he is listed as co-inventor on the patent. He tells us that he found his path “accidentally, but inevitably by working first as a typesetter in Boston and New York in 1975-79, taking calligraphy classes and reading the history of printing and typography. In 1982 Sumner Stone hired me at Autologic, Inc. in Southern California, to work in the pre-desktop world of digital type. Autologic made 700 dpi typesetting machines for the newspaper industry. We used the German IKARUS software to digitize outlines of alphabets, which were converted to run-length encoded bitmaps.”

After a time, Brian found himself at Imagen Corp. making type in a proprietary digital format for before moving to IBM to make fonts in the Folio F3 format, then PostScript Type 1 followed by TrueType formats. During this time, he opened his first letterpress shop as a part time venture, before leaving IBM to make letterpress his full time career. Eventually he closed his shop and returned to font production before finally returning to letterpress in 2005 when he moved to Raleigh and set up shop with Officiana Briani. 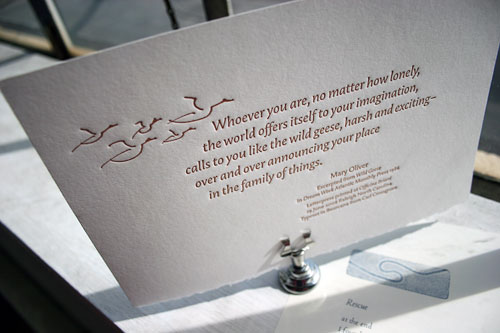 According to Brian, “The 1980s/early â€˜90s was a very exciting time to be involved with fonts as the desktop revolution happened…It is quite amazing to see how many “civilians” know what a font is now. I was a part of the “font wars” in the late 1980s – the format competition between Apple, Adobe, and Microsoft, with Type 1 and True Type. Now of course, we have the blend of Open Type. The font wars are over. What comes next?”