The man behind the up and coming Parklife Press, Travis Friedrich, lets us in on the things he can’t do without, his insatiable love for letterpress, the curious journey of his beloved C & P, and his vintage paper cutter.

Friedrich carved out a few minutes to tell us about the things that keep his rollers inked. 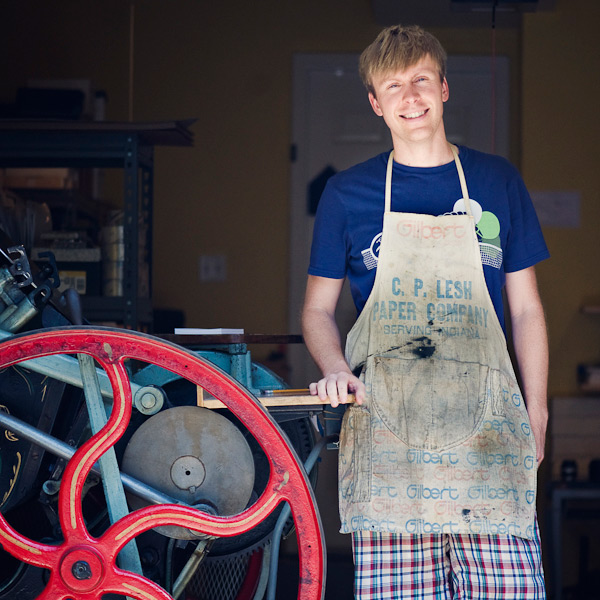 EAST OR WEST, LETTERPRESS IS BEST I grew up in Oregon but have lived in North Carolina for most of my post high school life. I’m 31 now. Although my college degree is in engineering, I’ve always loved print and design. I enjoy making grilled cheese sandwiches, watching tennis, playing ping pong, drinking fancy cocktails, and printing with headphones on. 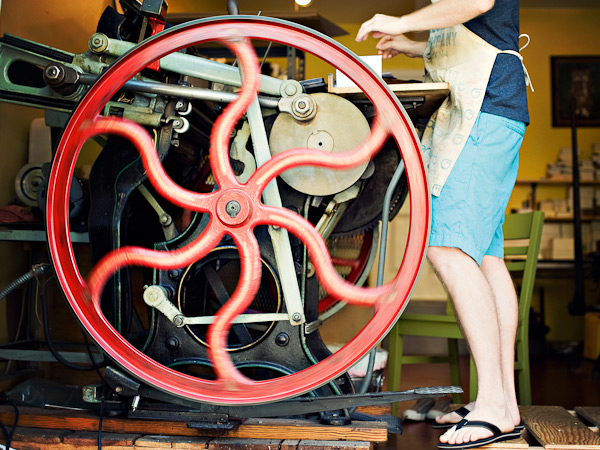 INK IN THE BLOOD I’ve enjoyed printmaking since I was about 13 years old — although it was mostly linoleum cuts and a little bit of lithography early on. It wasn’t until about 2005 that I learned about letterpress. At the time, I was living in Portland, Oregon and working at my first post-college job as a mechanical engineer, but I wasn’t wild about what I was doing. I came across a letterpress shop not too far from my apartment, and I thought how cool it would be to be doing something like that rather than sitting in front of a computer all day. By the end of that year, I was very seriously considering trying to find a way to make printing my career. 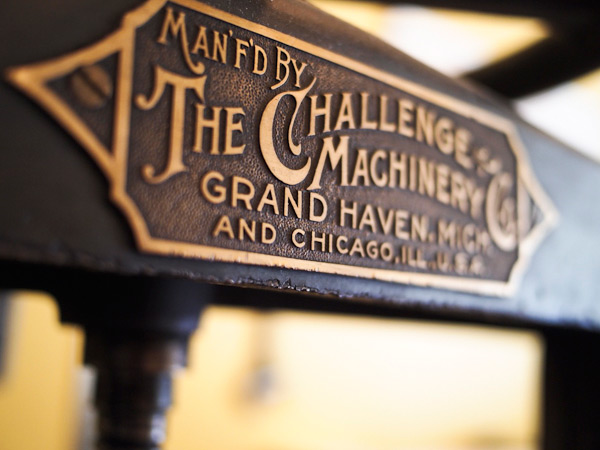 STUDIO WITH SOUTHERN CHARM  Parklife Press exists in a cozy studio at my home. It houses a C&P 10×15, a C&P 12×18, and a 123 year old Challenge paper cutter. My favorite thing about the studio is probably the lax dress code.

PRINTING LEGACIES Aside from two days of a community college letterpress class (I couldn’t stick with the 2 hour commute required to stay in the class), all of my letterpress education has been “virtual.”  The Briar Press discussion boards, the Letpress list-serve, and Boxcar training videos have been invaluable. 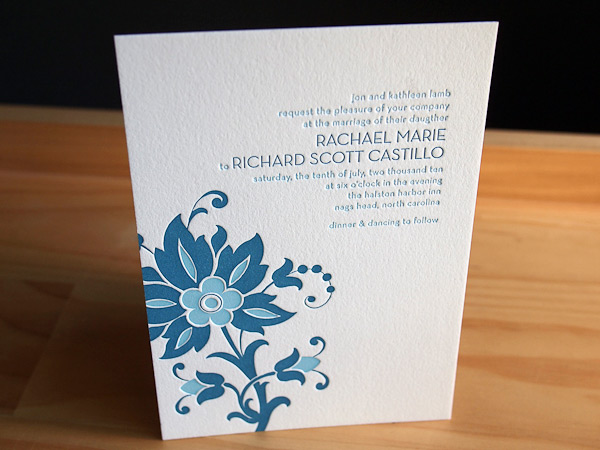 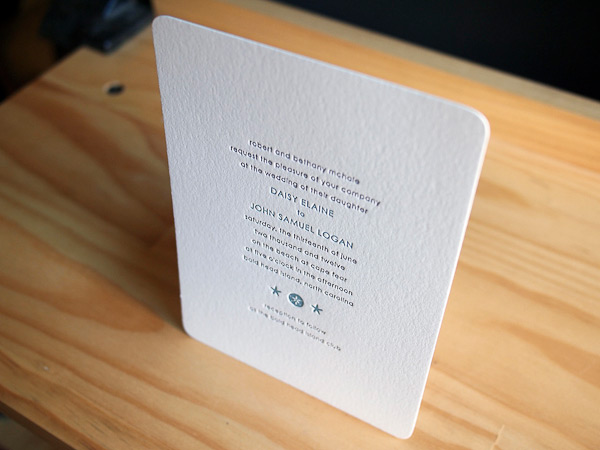 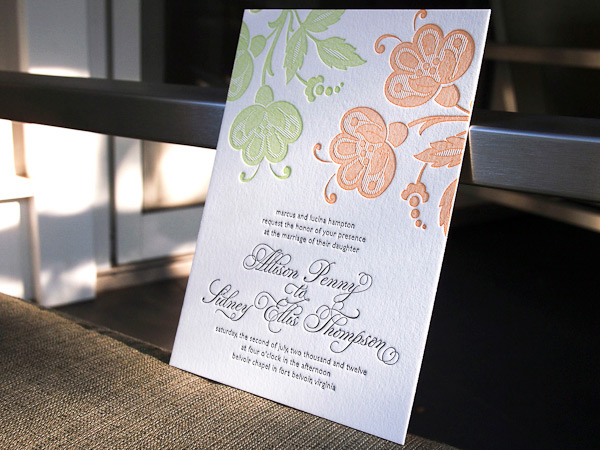 DAILY GRIND  Most of the design work I do is for wedding clients. I start by asking for as much info about design preferences and inspiration as the client can give, then I put a few initial first drafts together for the client to look at. At that point, the client inevitably loves my least favorite draft, and we go from there, tweaking and refining. It’s amazing though how often I end up loving the final design and am glad that I was pushed away from my initial preferences. 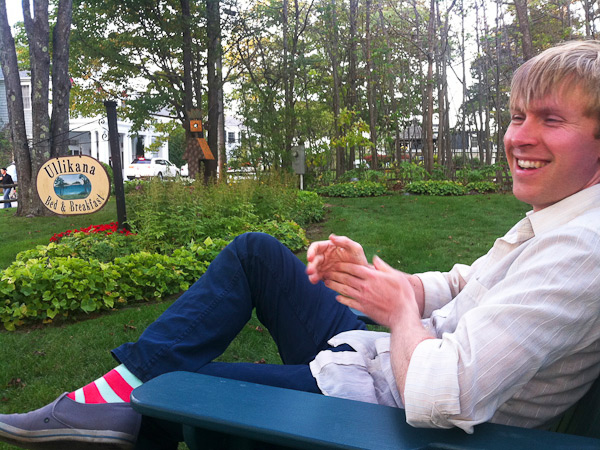 FULL TIME FUN I’m definitely both a designer and a printer. I split my time pretty evenly between the two. I’ve been doing it full time since shortly after I started in 2005, and I’m certainly amazed that I’m able to do this full time. The cubicle job that I had after college was not that awesome. During that time I remember mentioning that I’d love to have a print studio at some point in my life. But I definitely didn’t think it would happen so soon, and I didn’t think it would be a career. 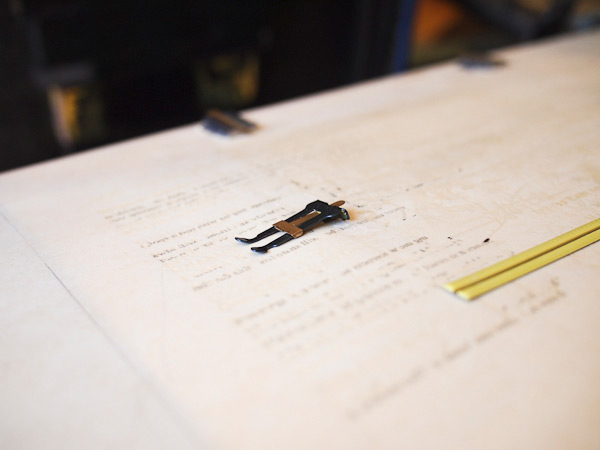 BOXCAR’S ROLE The speed and ease with which I can order and receive a plate is huge. As for the plates themselves, my tiny studio appreciates that Boxcar’s plates take up so little physical space and I love how easy it is to trim, alter, and reposition them. It’s much more flexible than other plate systems. 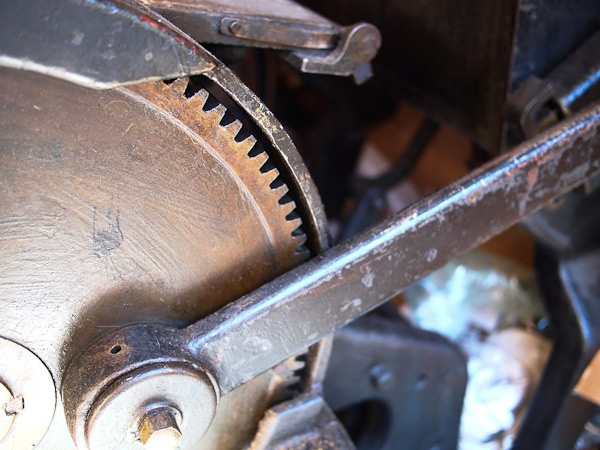 PRESS HISTORY My first press was a Kelsey 5×8 tabletop, which quickly frustrated me. After just a few months I upgraded to the press I still use — a C&P 10×15 Old Style. I was in the bay area at the time, and came across a guy who had been storing an old press in his warehouse for years, and I bought it from him—despite the fact that I knew I would be moving across the country three months later. Transporting the press to NC from California was not easy, but it was totally worth it—I love that press.

SHOP TIPS Occasionally, take on a job that you’re not sure you can pull off. 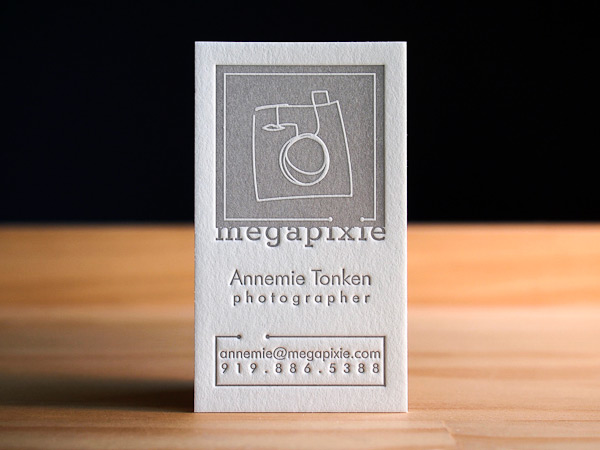 WHAT’S NEXT The new Parklife Press website just went online in early February and folks really seem to be liking it. I designed and printed a bunch of brand new invitation designs and re-photographed everything. I also added a bunch of new business content.

Big thanks to Travis Friedrich for letting us shine a spotlight on his creative letterpress talents at Parklife Press!