Here at Boxcar Press, we may be centered in the photopolymer world, but we love the look of print blocks and old time illustrations as much as anyone. So we were instantly intrigued and excited to see the artwork from John Carrera of Quercus Press come through for platemaking.  His art makes us feel nostalgic and paired with the one word text, we definitely wanted John to know we were eager to see what he was printing. 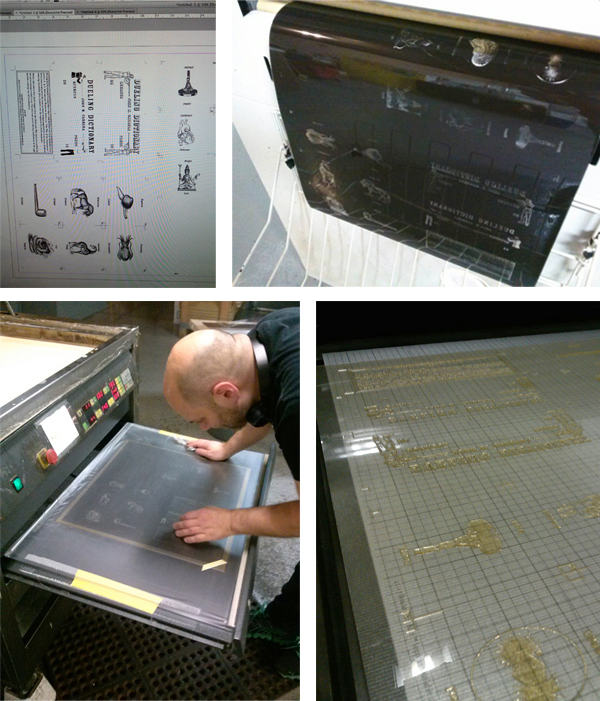 John not only told about his project but sent us a final copy of his fascinating book – Dueling Dictionaries. The artwork came from two dictionary companies, G. & C. Merriam and Worcester, who were rivals in the nineteenth century and tried to outdo each other with their illustrations. What’s fascinating is that the two companies shared the same engraver. 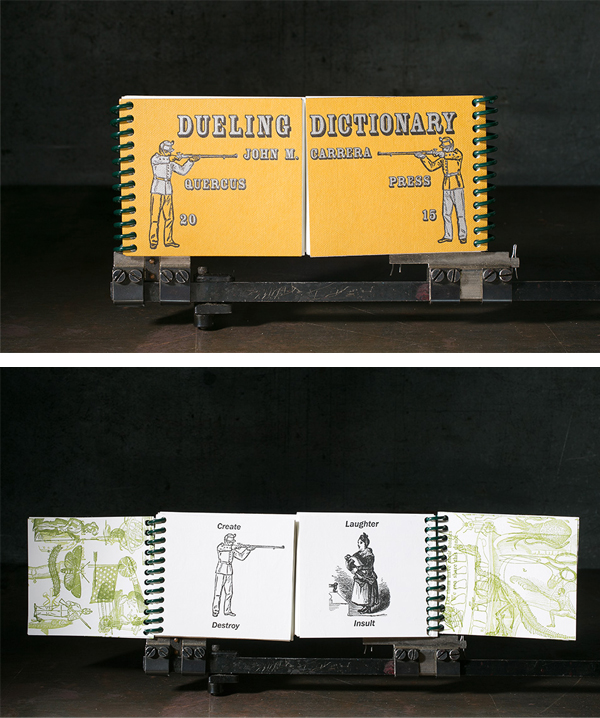 This saloon-door styled book also has another feature to it: by flipping open each page, the words that read across on the top and bottom change meaning with each pairing. The book also includes a great use of silver ink on the front cover, and intricate illustrations on the backs of the pages.

John also shared some of the experiences of his process on this print job.

“You can see that after I printed the first run of pages that I had laid out for the initial plates, I then cut up the plates to get the proper overlap and look. This is one of the benefits of polymer – you just can’t re-arrange and cut magnesium or copper blocks as easily. (I remember cutting many a block on the band-saw). I enjoyed working with the Vandercook on this project because it allowed me to look at each of the images as I printed them and tweak them before I got too far along. Printing these backsides has been one of the most exciting parts of the project so far.” 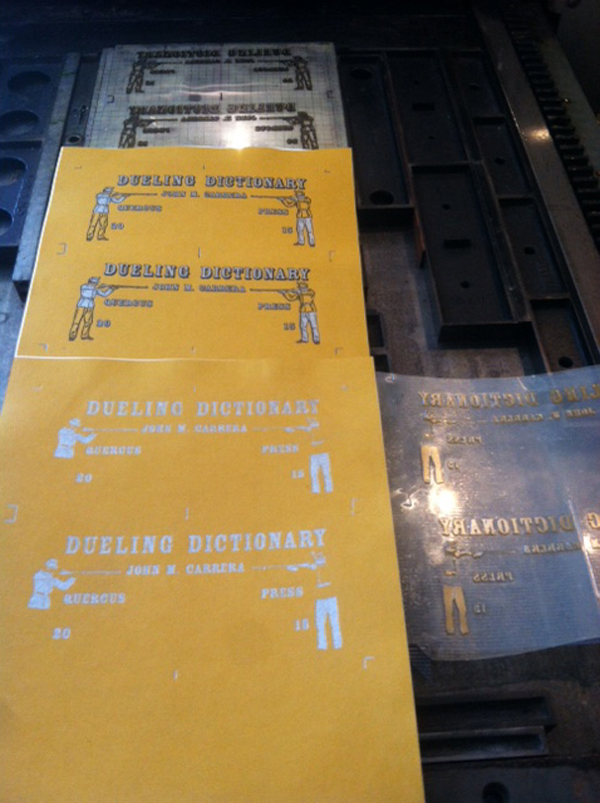 “I have given a lot of thought to the difference of using polymer vs. using magnesium plates. One of the things that has been a challenge for me is that somehow knowing the plates are plastic has made me more prone to sending in copy that is not quite ready for prime time. This has happened twice to me and I don’t think I’m alone in this sloppy attitude. Although I have cut and pasted copy it’s better to remake the whole page and I have to take a little more time with my files.” 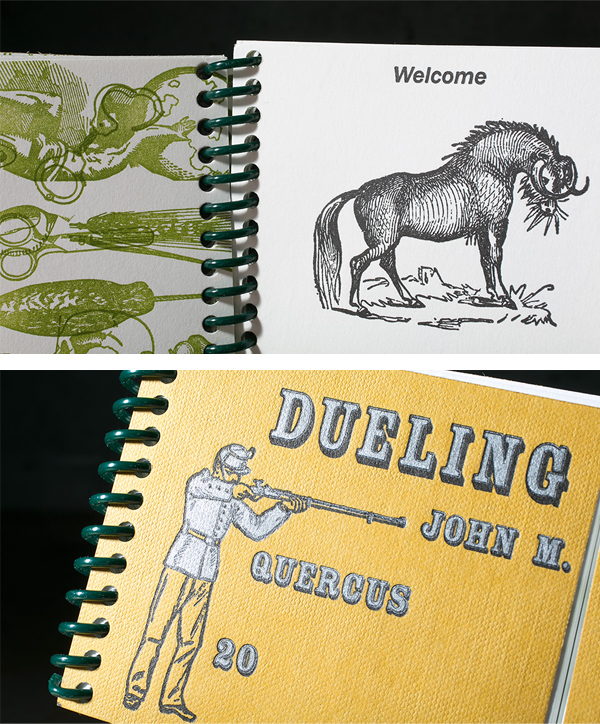 “I also think I have pushed the envelope of how long these polymer plates can hang around, too – as I printed on some of these after they had been sitting for almost two years – the trick was keeping the edges from peeling up. In some instances I went ahead and folded them down so hard that they cracked – and in some of the plates I believe you can make out the hairline cracks in some of the images – the flunk fish had lots of little cracks. Most people won’t even notice nor will they realize that some of the lip actually broke off the image.  However, I kind of thought they looked cool and fit the book style.”

We thank John for revealing the story behind this gem of a book and for the enjoyment of his illustrations.