For the second year in a row, we are thrilled to share with you photographs of an incredible collaboration between the folks at the Writers in the Schools program (WITS) and the School of Visual Concepts in Seattle, Washington. For the last two years, WITS has worked with terminally ill patients at Seattle Children’s Hospital to write poetry, out of which artists create beautiful letterpress broadsides. At Boxcar Press, we were privileged to be included yet again, and gladly offered up free photopolymer plates for the project. Below are photos of the process, as well as few shots of the incredibly inspiring poetry written by these kids and young adults. 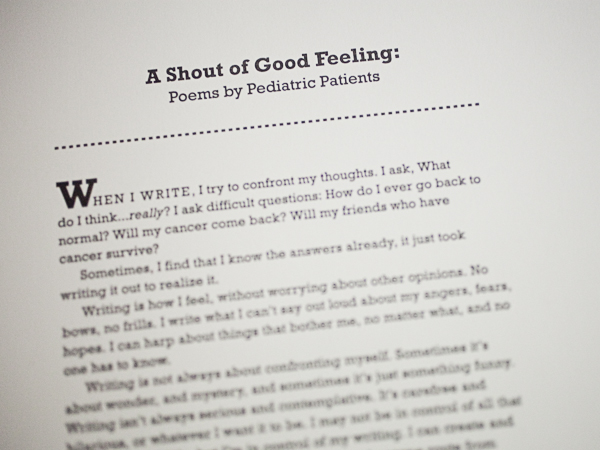 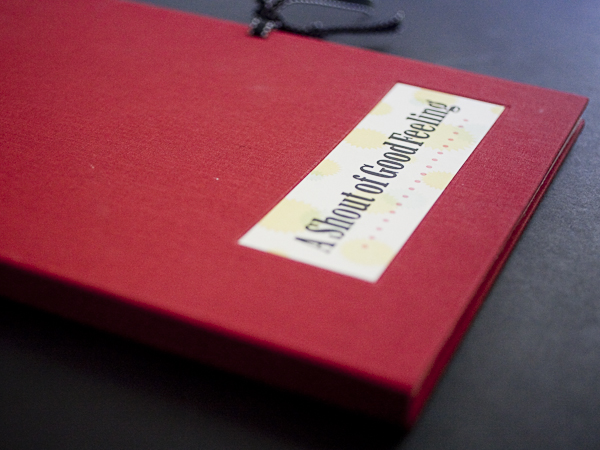 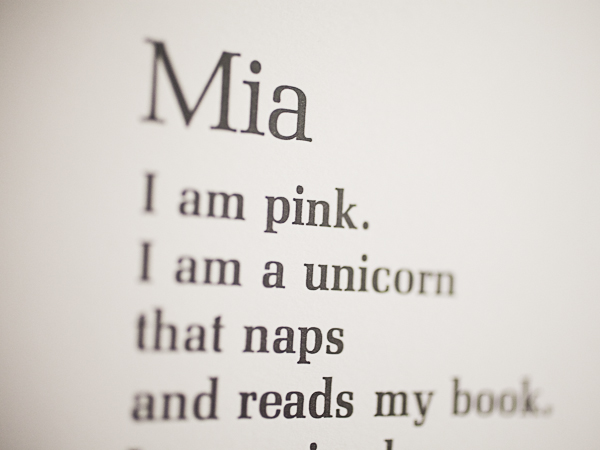 The second annual portfolio includes 16 hand-set artist-made letterpress broadsides. WITS Writers-in-residence  Sierra Nelson and Ann Teplich worked with patients at the Seattle Children’s Hospital to write the poems, then 16 artists from the Seattle area took the poems and translated them into works of art. The poems were printed as letterpress broadsides and included in a striking red portfolio. 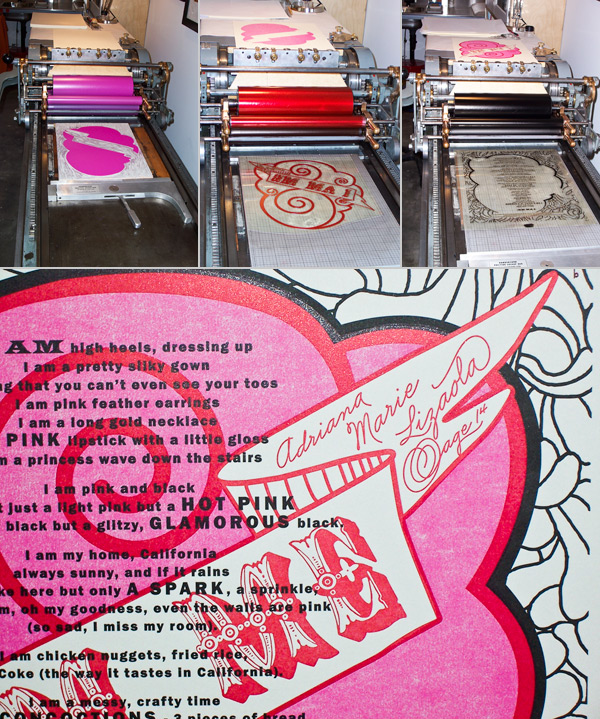 At the end of the project, each patient received a portfolio, as well as ten copies of their poem to give to their family and friends. Some patients were given the opportunity to read their poem in front of a live audience.

So many people worked to make this project a success, including letterpress printers volunteering their time, and Mohawk Papers donating paper. It is truly inspiring to see letterpress used in such a positive way! 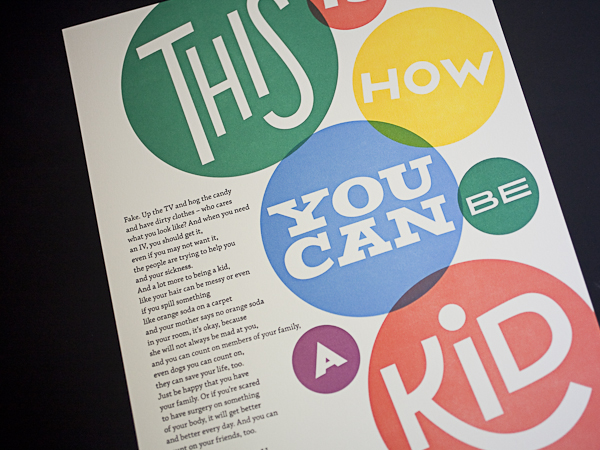 Do you have any “Doing Good” projects you’ve worked on that you want to share? Let us know! We’d love to hear about them!