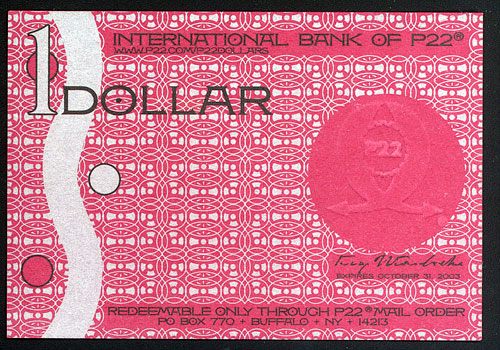 It’s 2002 and I’m in the final stretches of finishing my MFA thesis project. Typography is involved, and I have my heart dead set on using Satanick also called Tell Text or Troy, which was designed and cut by William Morris for his Kelmscott Press. There is just enough of the lead Satanick at Columbia College to set a headline for the broadside, a piece about pepper with Salman Rushdie’s text. I make desperate pleas to buy or borrow the type on various letterpress listservs and receive paternal-not-patronizing replies. If folks had this font, they probably wouldn’t lend it out. And the Smithsonian had the mats an abbreviation for “matrix”, a mould for casting type used in letterpress printing. Below is a photo (by Robert McCamant, taken at Jim Rimmer’s studio) of individual matrices or mats loaded into a matrix-case. 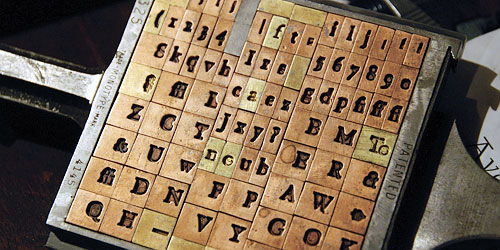 at one time but rumor has it they lent them out and somehow they were lost for good. A big dead end, but fate delivered P22.