For the past few years, we’ve collaborated with the Writers in the Schools program (WITS) and the School of Visual Concepts in Seattle, Washington, to create an inspiring collection of letterpress broadsides. Poets Sierra Nelson and Ann Teplick from the WITS program worked with long term pediatric patients at the Seattle Children’s Hospital to write poetry, and the artists use the poetry to create beautiful letterpress broadsides. This year, 20 artists worked on the project to create 20 prints for the Seattle Children’s Hospital Broadsides project. We supported the project by donating photopolymer plates to help offset the product costs involved with creating this limited run (only 110 were created!) of broadsides. Here are a few photos from this year’s beautiful collaboration – as well as photos of the artists who letterpress printed the broadsides! 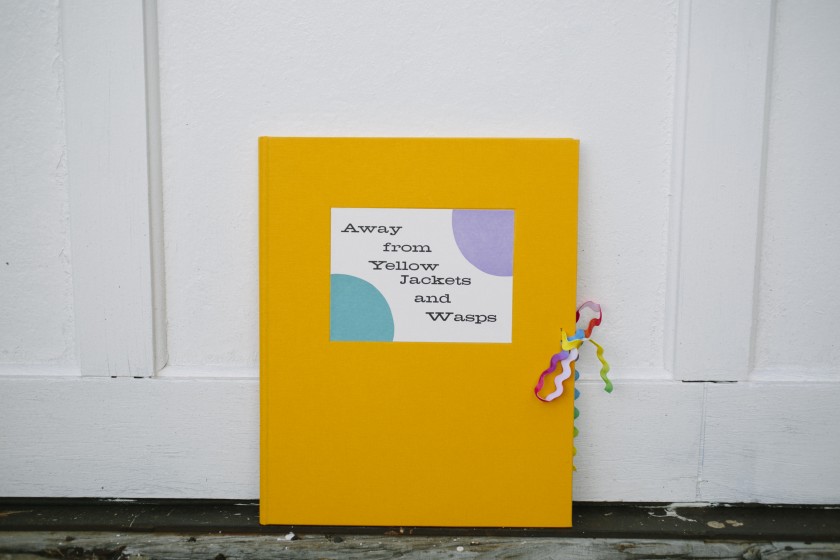 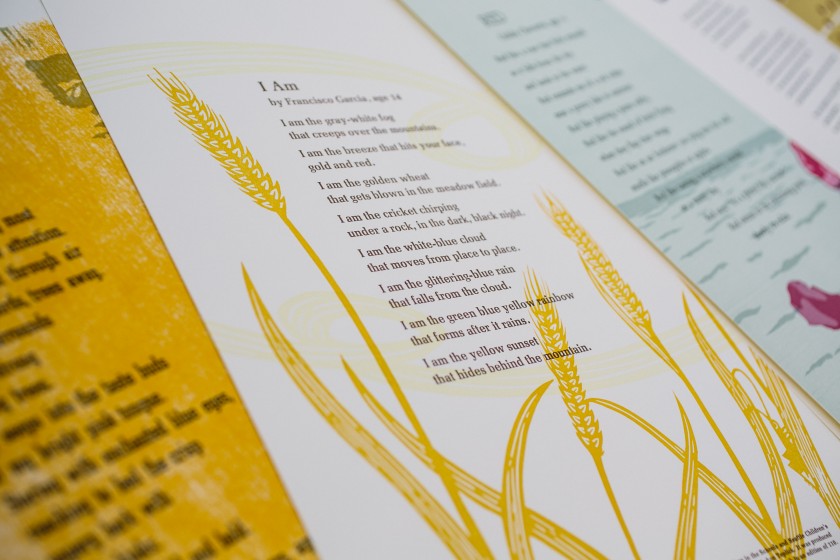 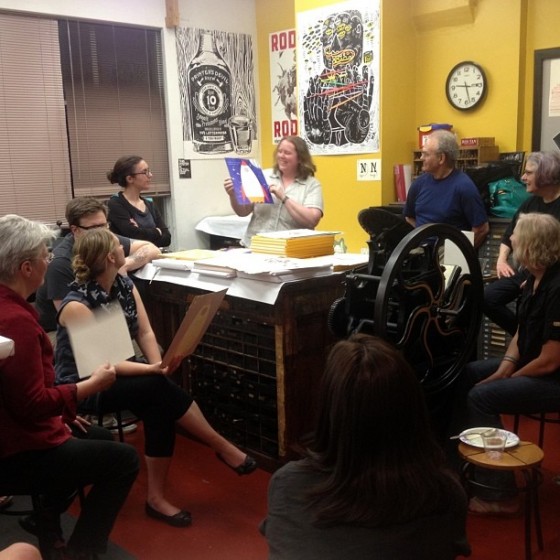 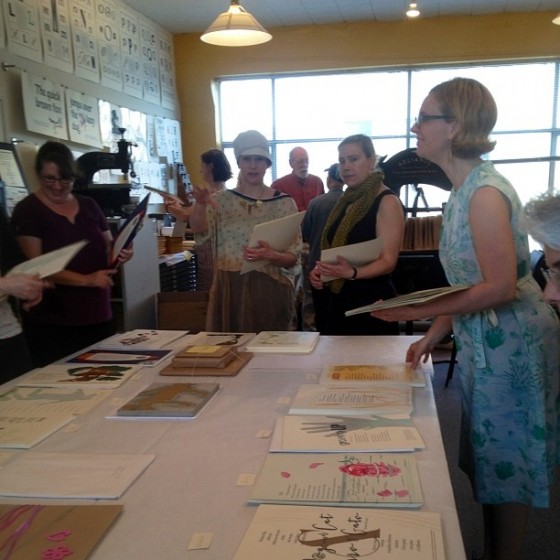 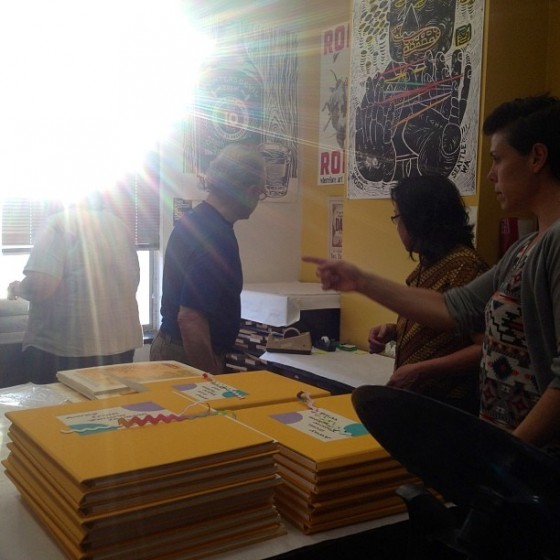 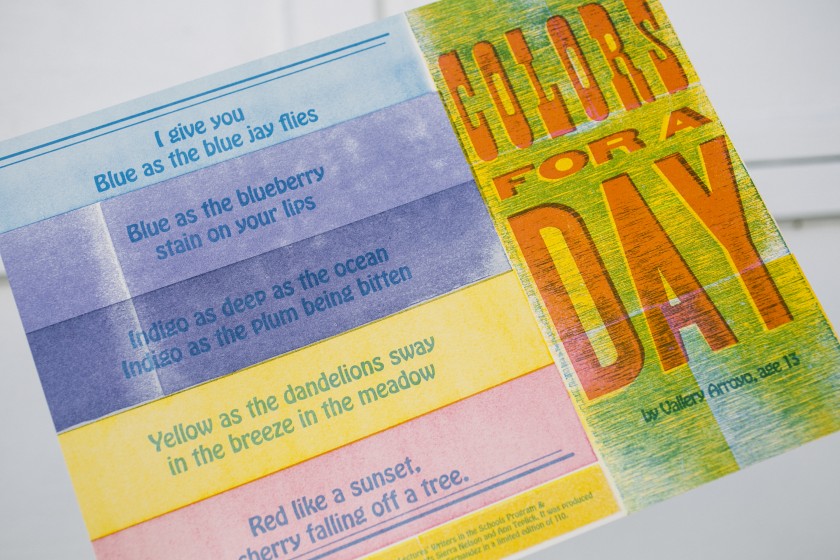 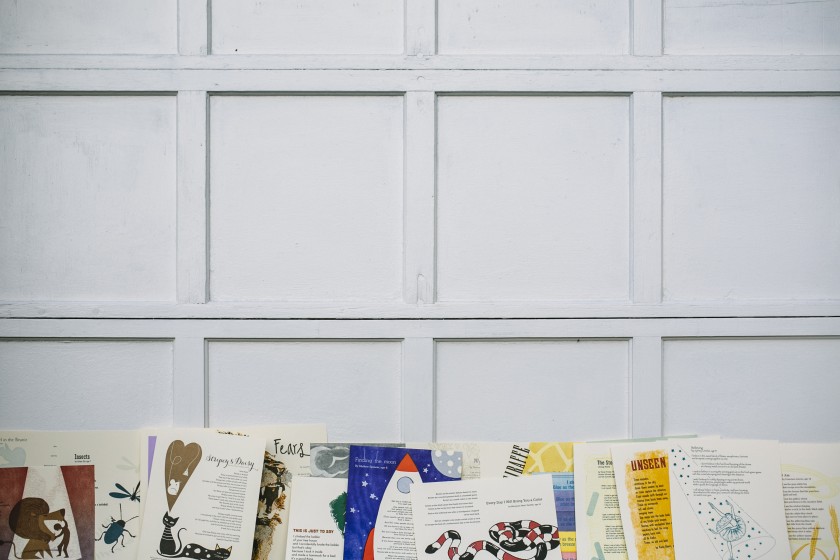 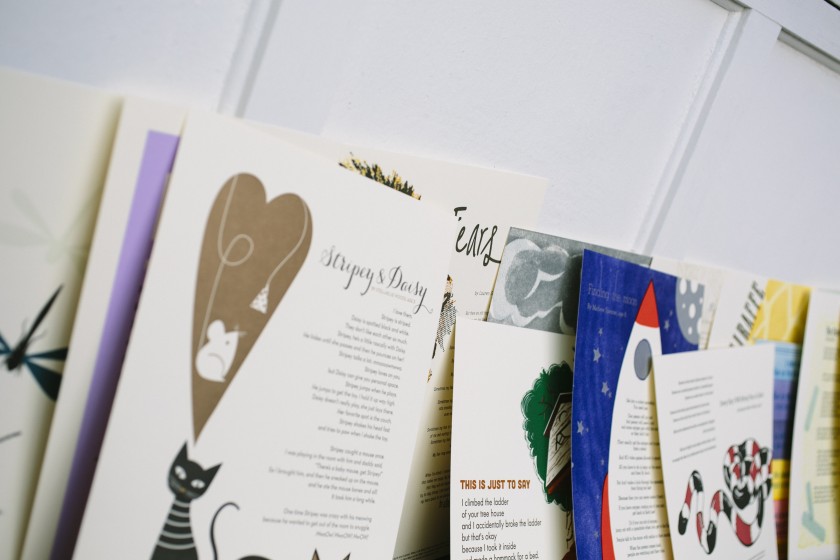 Artist photos courtesy of the School of Visual Concepts