One of the coolest collaborations Boxcar is proud to be a part of is our sweet partnership with the YMCA’s Downtown Writer’s Center here in Syracuse. In 2002, the Downtown Writer’s Center launched a broadside series as fundraiser for their reading series. Two poets are selected annually and Boxcar’s own Harold Kyle takes the lead on designing and printing the broadsides in support of the series. 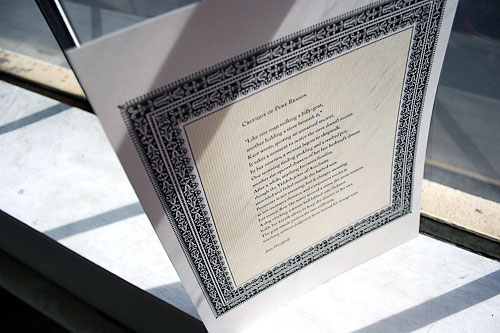 This recent broadside is for Jane Hirshfield’s poem, “Critique of Pure Reason” and Phil Memmer of the Downtown Writer’s Center calls it one of his favorites from the series. As Phil notes, “The detail in both the border and background is marvelous, and serves to echo the subject of the poem…and the careful way in which the poem itself is presented is simply perfect.” Phil also shares that the best commentary on the broadside might be from Jane herself, who gasped aloud when she first saw it – we love that!

You can check out other broadsides in the series in our letterpress portfolio. The Jane Hirshfield broadside, $25, and others in the series are available through the Downtown Writer’s Center by emailing phil@ymcaarts.org 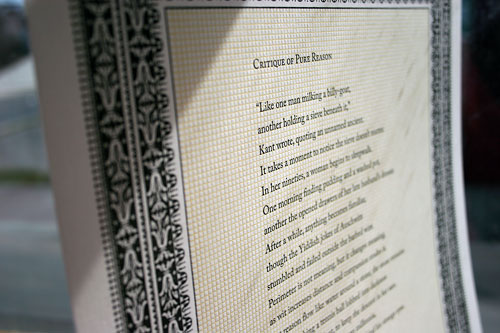 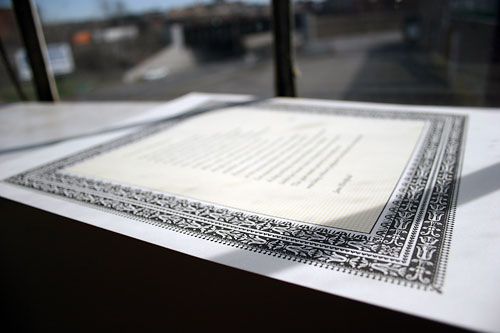