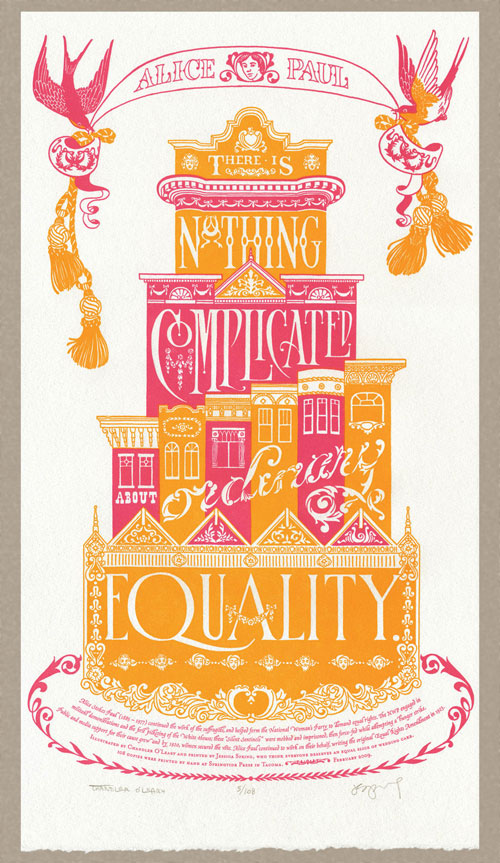 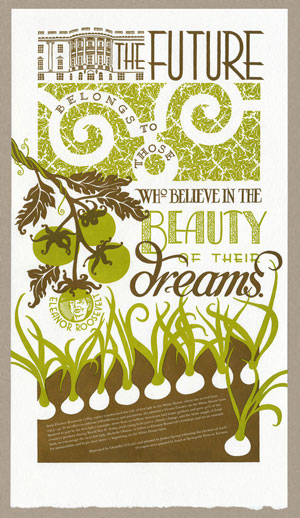 Letterpress sure can be pretty, but sometimes there’s a need for things that are more than pretty right now. To be pretty + meaningful. It is SO inspiring to see good political letterpress being made right now. We fell in love with a previous broadside collaboration by Jessica Spring of Springtide Press & Chandler O’Leary of Anagram Press back around election time, so we were thrilled that these letterpress masterminds are developing a broadside series called (only half jokingly) the Dead Feminists Set. Their latest broadside, “Victory Garden,” features a lovely quote by Eleanor Roosevelt. It was letterpress printed from hand-lettered typography on 100% rag recycled paper using 94FL plates and the Boxcar Base. Chandler writes, “This broadside was kind of a monster for registration, so that grid on the base really came in handy.” More broadsides are in development too. Hooray! The previous drop-dead gorgeous broadside, “Come, Come My Conservative Friend,” sold out in just a few short weeks, and within 2 days of publication, Victory Garden has already sold 2/3 of the edition. What a letterpress success story. Victory Garden has edition of 76 and is priced at $30. Visit the Anagram Press web site to order NOW before the broadside sells out! Great work, Jessica & Chandler!