What do you get when you mix Chandler O’Leary from Anagram Press and Jessica Spring from Springtide Press? Beautiful, detailed, thoughtful and bold broadsides letterpress printed under the series name Dead Feminists. With a new print impressing numerous eyes every three months since 2008, the Dead Feminist series strive to feature “a quote by a historical feminist, tied in with current political and social issues, and letterpress printed from hand-drawn lettering and illustrations.” We could simply just let the images do the talking, however the pair have shared with us more details about their work and efforts.

How did each of you first get into letterpress?
Chandler: For me, letterpress was at the end of a winding path and a long story. The short version is that I have an art school degree in illustration, a professional background in graphic design and print production, and a long line of first jobs that included things like hot wax paste-up and tractor decals. Add to that a long-standing interest in typography and storytelling, and a stubborn streak that leads me to insist upon doing everything by hand, the old fashioned way, and letterpress turned out to be the perfect fit.

Jessica: I worked as a typesetter at Macalester College, managing services for various publications on campus. I sat at a huge console in front of a green screen and coded fonts and output to RC paper which would be waxed and keylined. Not having the benefit of WYSIWYG really forced me to understand picas and points. After college I typeset road atlases for Rand McNally with these huge confusing charts with symbols and numbers, so when the Macintosh came along it was brilliant. I spent 10 years as a partner in a graphic design firm and we had the chance to get a Vandercook 3 – no frills, no motor, but it was a sweet machine. The more I printed the less I was interested in the computer – twenty-one years and several presses later, it’s even more true. 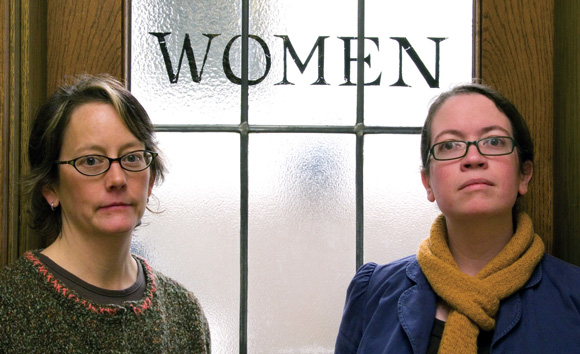 What was your very first press?
Chandler: I’m always telling people that investing in letterpress equipment is a lot like getting married – you can certainly get out of it, but not without a lot of pain and expense. So until I become a homeowner and won’t have to move again, the only press I actually own is a Kelsey 3 x 5″ platen press, which I use for studio demos and tiny projects, but I do the majority of my printing at various local letterpress studios with whom I have an arrangement – like Jessica’s studio, for instance.Â The first press I ever printed on, however, was a Vandercook No. 4 at the Minnesota Center for Book Arts. Since then I’ve printed on well over a dozen different cylinder and platen press models, a benefit of not having a permanent shop is being forced to become proficient with whatever is available. My favorite presses are still Vandercooks No. 219 and Universal One.

Jessica: See above. My second press was a Vandercook 4 that suffered horribly, overturned in a Chicago alley at the hands of incompetent movers. The third was another 4 (with extra parts from the deceased 4), then a Universal I and a C&P. I also have the pleasure of using a Universal 3 where I teach – it’s huge, completely motorized, and awesome. 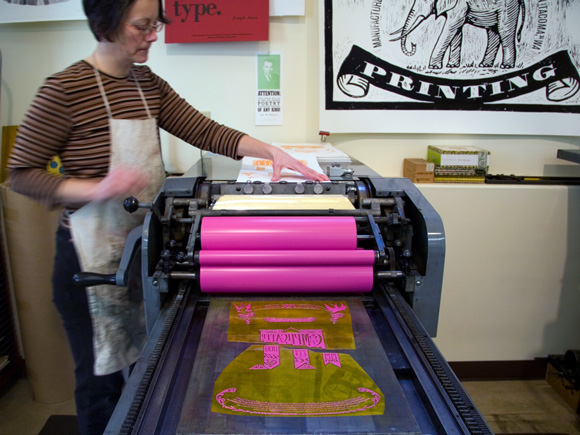 What medium do you usually print?
Jessica: While photopolymer is fast and delicious, I prefer to use handset type. After collecting for years, I have enough type, ornaments and other goodies there’s no excuse not to use them, other than time or client work. I’m especially interested in daredevil printing, whether it’s handsetting curved type and complex registration of colors or using found objects that can be made type high. I’d put Chandler’s illustrations in that category too!
I also have to thank membership in the Amalgamated Printers’ Association to help me really hone my typesetting skills. It’s a group of both amateur and pro printers who are constantly inspiring through a monthly bundle of ephemera. Members must print 150 copies to exchange four times a year, and there’s nothing like printing for people who realize how hard you worked. 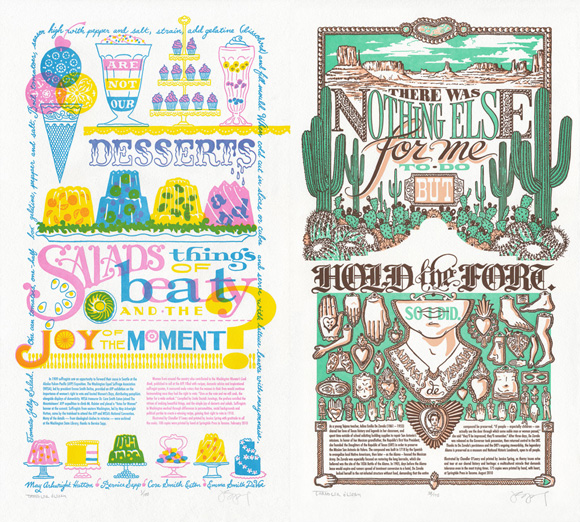 In your own words, how do you describe a broadside?
Chandler: The great-grandaddy of the poster, the broadside was one of the earliest forms of mass communication, usually containing important information and distributed by someone in a position of authority. Nowadays, the broadside has become a favorite of the letterpress world, and converted into an art form that combines both images and text.

Your work is so intricate. What’s your process from sketch to press?

Chandler: Jessica and I are both printers, and we each do our own work, most of the time. When we collaborate on the Dead Feminists series, though, our jobs on the technical side of things are pretty segregated: I’m the illustrator, she’s the printer.Â On my end, the design/illustration always starts with a lot of historical research. Then I complete a pencil drawing of the design at full sizeâ€”and at the same time make decisions about color choices and how the design will work logistically for letterpress. Then I lay a sheet of translucent vellum over the pencil art and ink everything in black, separating the colors by hand (each color is a separate vellum layer) and cleaning up the inconsistencies in the pencil as I go. Then I scan each vellum sheet at a super-high resolution, set a colophon in digital type, convert each color separation to a bitmap file in Photoshop, and turn the files over to Jessica. Jessica then has film negatives made from my files, and makes her own photopolymer plates with the negatives. She then prints the broadside on a Vandercook Universal One, using my ideas about ink colors as a starting point, then making her own decisions on the fly, as needed.

Jessica: Chandler is being a little modest about her mad skills making all these separations convert to photopolymerâ€”even though she shows me sketches and even color separations I’m always surprised and delighted when the printing is underway.

Who or what inspires you the most when deciding your next broadside?
Jessica: We have a lot of discussion back and forth. Often it’s triggered by an event – like the Gulf Coast oil spill or the passage of Prop 8 in California – though Rachel Carson had been on our list for awhile. We make a real effort to connect current events to these historical figures because their words are still so relevant and can provide inspiration, even guidance. Our country has been through some real turbulence since we started these broadsides, and there doesn’t seem to be a shortage of challenging topics to address (or women deserving recognition for their contributions).

How do you choose which organization to benefit?
Jessica: With the success of the series we’ve been able to direct some funds, and hopefully attention, to non-profits that support causes we believe in, and that connect to each broadside. We tend to focus on smaller, local groups that might not be as well known. In some cases, like Just Desserts, the state library in Olympia where we did broadside research had suffered massive budget cuts, so it was an obvious choice to give our support. 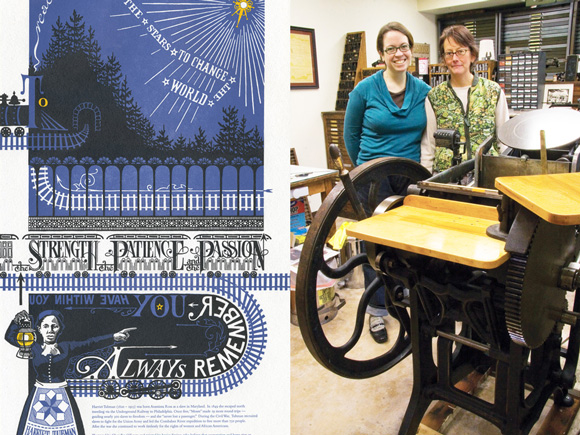 How has your response been to these series?
Chandler: We’ve been completely floored by the response these prints have had. We never even planned to print more beyond the very first broadside, let alone a whole series, but people have spread the word about the Dead Feminists, mostly thanks to the internet. Between etsy.com (a marketplace site devoted to handmade items), blogs and old-fashioned word-of-mouth marketing, the series has kind of taken on a life of its own. We’re now working on our tenth print in the series, and the broadsides have been collected by people in nearly every state in the country, as well as countries all over the world.

What are you looking forward to?
Chandler: I have a solo exhibition coming up in November, for a new editioned artist book I’ve been working on for the past two years. So that’s at the front of my mind right now, but the Dead Feminists are a nice current to have running in the background, something I can look forward to whenever I need to switch gears or give myself a break from a huge project. Jessica and I will both be exhibitors at the biennial Codex Symposium and Book Fair in Berkeley, CA, this Februaryâ€”we’re looking forward to taking the Dead Feminists on the road. The Dead Feminists will also be included in the upcoming anthology of design using handmade elements, Fingerprint 2, to be published by HOW Books next year.

Phew! Talk about a couple of busy ladies! Thanks, Chandler and Jessica, for your time and sharing insight into the Dead Feminists series. Don’t forget to check out the Anagram Press shop and Springtide Press shop, too.